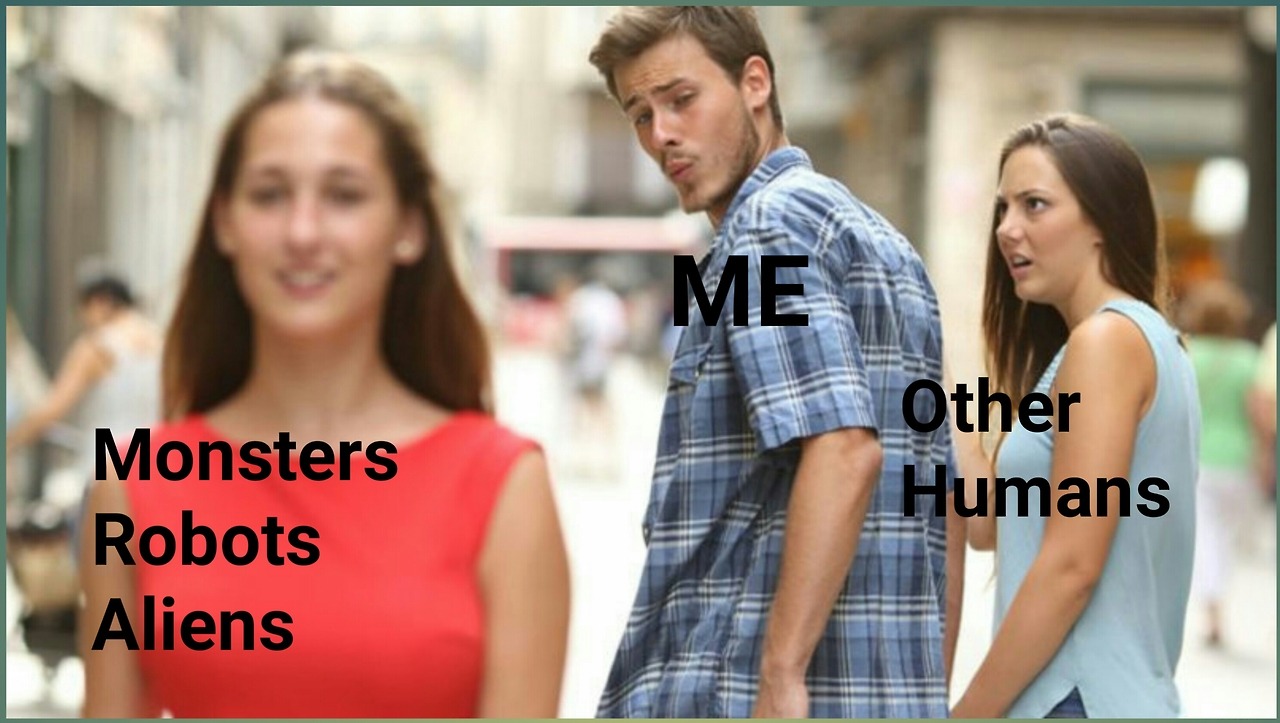 I did a thing…

I’d let go of that hand immediately; a formal letter of eviction, goodbye, the others of humanity.

Humans have proved they are horrible creatures for the most part.

Monsters are typically the kind ones.

This is not true.

Humans aren’t horrible. They aren’t “bad”. They’re just rather far behind in evolution than they once thought they were. You say they’re “horrible” because you have expectations of them. I do not. You are a collection of atoms. You exist. You may either choose to add complexity and richness of experience to the lives of others, or you do not. You are not “bad” if you do not.

I suppose the only evil that really exists is to do something you know will harm another and that is a choice for humanity. It isn’t for animals for the most part. A lion must eat. It knows it eats gazelle. It hunts and kills the gazelle. It has no choice. Humanity does.

Is it “horrible” if when faced with the choice it finds the moral quandary difficult? I don’t think so. You’re simply not evolved enough yet to make easy work of it. When a child is on the playground and takes a toy from another child’s hand, what do we say to them? “That is not how you should behave. It is better to share, because then all parties have a portion of happiness, while depriving them of it only causes harm”. The child will then learn, through reputation, that this is true. Then the next time they face the quandary of keeping it all to themselves, or doubling up on joy, the question becomes more simple.

What I am saying is this: You aren’t horrible, you’re simply not as wise as you could be. That there are many of you who recognize there is a serious quandary, says everything. Better that you see it, than that you don’t.

Have a little more confidence in your species. It contains people like you, doesn’t it?