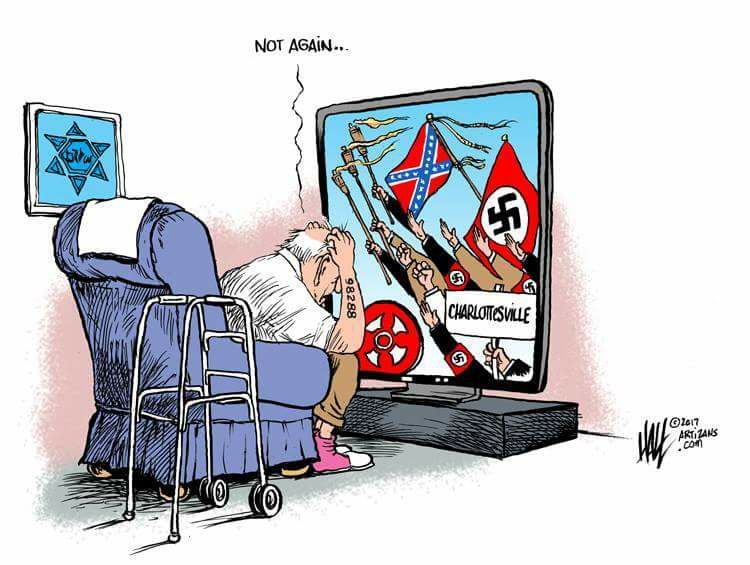 No but this is a heartbreaking and here’s why:

The man in the picture is Leon Greenman (prisoner 98288) and he is the Englishman that survived Auschwitz and pretty much every other death/concentration camp set up by the Nazis, and his story is quite remarkable.

I can’t remember the exact details, but he, his wife and his young child, all Jewish, lived in Rotterdam and during German occupation they were found out and sent to a concentration camp on the outskirts of Rotterdam. He had left his families British passports with friends back home, but the friends became afraid of hiding the passports of Jewish people so they burnt them. Leon requested multiple times for new passports so that they could get back to London, but the passports never arrived in time and Leon, his wife, and his child were separated and sent to Auschwitz. He never saw his wife or child again and he never remarried.

He was moved from camp to camp throughout the war, and collected mementos from each camp as he went, until they were liberated by the allies in 1945, and he gives a first hand insight of what the Holocaust was like and what happened afterwards to the people that survived in his book. It’s called “An Englishman in Auschwitz” and is a humbling read.

My history teacher used to work at the Imperial War Museum in London and she had the pleasure of meeting him and listening to his story before he passed away in 2008 aged 97. He worked closely with the Jewish Museum London and fought fascism for the remainder of his life.

Sadly, the Imperial War Museum didn’t find out about Leon’s passing until a member of staff who was meant to meet with him dropped by his house and found that it had been taken over by squatters, who had stolen and mistreated some of his belongings. The museum were only given a few hours to collect all of his mementos and historical items from his time in the concentration camps, and as a historian it’s just devastating to think about how all of these sentimental objects he collected were thrown aside like they were nothing

So if you see someone publicly preaching fascism and hate, think of Leon Greenman and all the other men, women, and children that endured the Holocaust, and teach that piece of scum a lesson