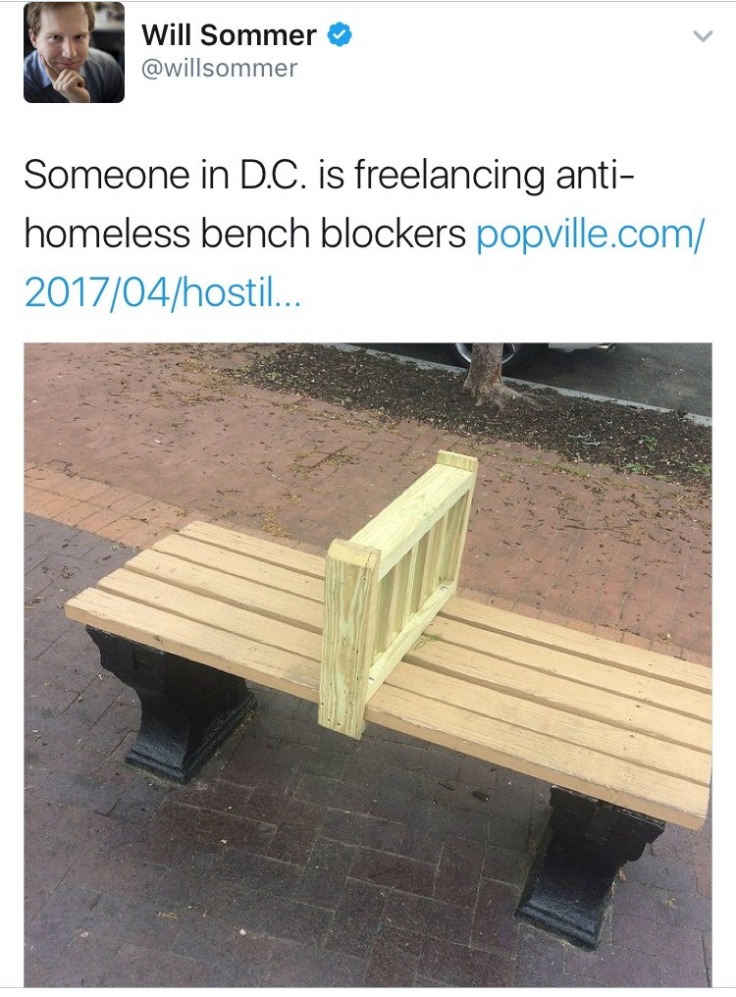 Lawsuits over damage to “normal” people or potential damage was the first thing that came to mind for me, too (because it really IS a massive safety hazard on top of being downright evil), which makes me sad because I can guarantee you it’s the only thing that would actually work.

Yes, that was my thought too.

In the 1800′s during some o the worst poverty, the anti-sleeping laws were so astringent that the homeless would sleep walk by linking arms and stumbling along. There were workhouses, and they had appalling conditions. I am loathe to think we could return to that, but I see the path already laying down