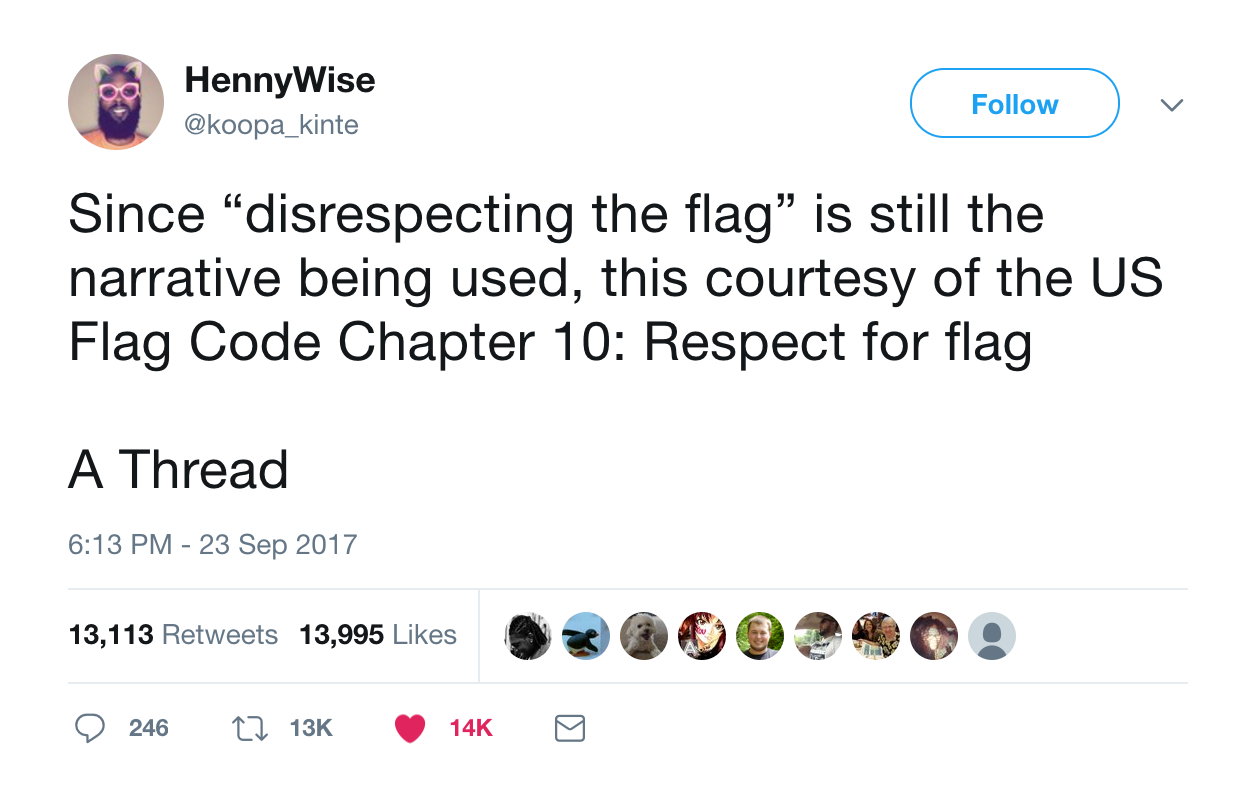 The next time someone tries to argue with you about “disrespecting the flag/troops by kneeling” show them this.

As I’ve been saying since the sixties.

Funny how the flag is ingrained in our culture, yet no one teaches this.

Also, the flag can never be flown in bad weather, so no flag umbrellas. It must never fly at dark or in the night without being lit. So all of you “patriots” who don’t take your flags in each night should be ashamed. There is a prescribed way to fold and store the flag, and there is a very precise means of disposal. Flags cannot be thrown away. They are sent to a special flag disposal branch that pays homage to each one and destroys it according to tradition. Go and see how many garages in this country are littered with them, or how many pop up in the landfills.

And then…there’s the etiquette surrounding the anthem. Proper etiquette is to sing and stand tall, remove hats. You don’t put your hand over your heart. That’s not required. You don’t stand silently, that’s disrespectful.

There are also rules about flying the flag beside those of foreign powers. According to that code, the battle flag of the Southern Confederate Army (known as the Confederate flag though it was only one flag used for a brief time) cannot fly beside the American Flag. It is a display of disrespect.

As is flying the flag upside down or on the wrong side of a state flag.

There is a code. If you’re going to claim patriotism, then you should know that code