A shopping list dating back to the 1600s has been found in a West Yorkshire archive. It was made to be given to an apothecary, who would collect the requested items and deliver them to Temple Newsam house near Leeds. Written December 8th, 1644, the list includes a request for 13 bottles of “china drink.“

Before this discovery the earliest reference to drinking tea in England was an entry in Samuel Pepys’ diary from 1660.

You could buy it in Exchange Alley. It was not called tea, but Cha. But traders knew about it as far back as the 1620′s. Again, it was called cha. Not tea.

““When you kill a king, you don’t stab him in the dark. You kill him where the entire court can watch him die.””

every single negative stereotype about women was dreamt up by men who were projecting. fight me about it.

It is so well known that women are better and safer drivers than men that OUR CAR INSURANCE RATES ARE LOWER. Women get into fewer accidents, get fewer DUIs, and receive fewer speeding tickets than men.

Several scientific studies have shown that not only do men talk more than women, they also think that women have been talking for much longer than they actually have. Men interrupt and talk over women, dominate conversations, and still think women talk too much.

“my wife is my ball and chain lmao”

“women are too emotional”

Men love to say this about women after hurting them, in order to shift the blame and dismiss their feelings in one go. In reality, women are taught to hold our tongues and control ourselves quite literally from birth. We’re taught to put men’s needs and wants ahead of our own emotions regardless of the personal cost. Men are taught to do more or less whatever the fuck they want to women. Men take their emotions out on women while women are expected to shove theirs down.

I could go on and on but I don’t really think I need to.

for all you pissbabies crying about sources 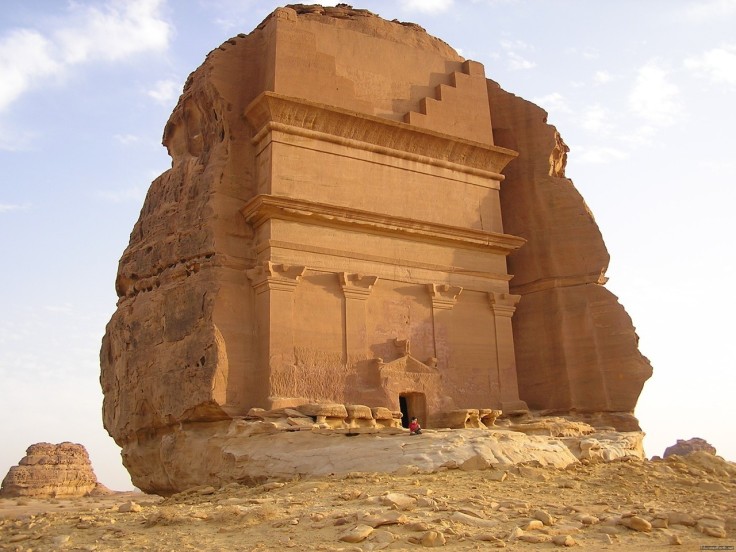 In the desert landscape of northeastern Saudia Arabia you will find Qasr al-Farid aka “The Lonely Castle”. Built in the first century A.D. [2000×1500]

Hey Simon, I thought you might enjoy seeing my states special voting stickers. The artists name is Pat Race and I included a picture of all the different designs, they’ve got spanish, tagalog, and several native alaskan language variants! I like the crabs, myself. 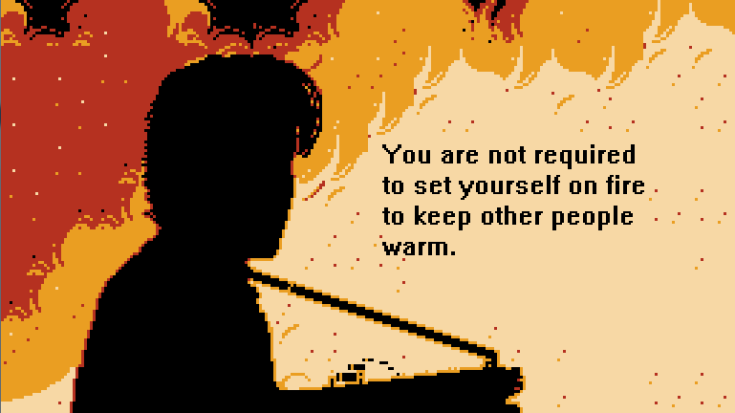 TIL that in 1847, a doctor performed an amputation in 25 seconds, operating so quickly that he accidentally amputated his assistant’s fingers as well. Both later died of sepsis, and a spectator reportedly died of shock, resulting in the only known procedure with a 300% mortality rate.

It’s true. His name was Dr. Liston. He was famous for speed.

It happened in this way: He used to demand that everyone time him. He had a leg to amputate and he got all puffed up and wanted to be timed. When he dropped the knife, he was so focused on making time, he didn’t notice taking off the fingers. The assistant let out a shout and dodged back, and at the exact moment, Liston lifted the knife, narrowly missing the bystander, catching instead his coat. The man dropped dead right there of a heart attack.

One of those things you read in the paper and think…

This is medicine these days, eh?

No, but I can imagine falling asleep in my rafters and accidentally rolling off, and landing on top of my bed and thinking, “Well, that was a nice way to wake up.”